“Beliefs about men and women are as old as humanity itself, but Fine’s funny, spiky book gives reason to hope that we’ve heard Testosterone rex’s last roar.” —Annie Murphy Paul, New York Times Book Review
Many people believe that, at its core, biological sex is a fundamental force in human development. According to this false-yet-familiar story, the divisions between men and women are in nature alone and not part of culture. Drawing on evolutionary science, psychology, neuroscience, endocrinology, and philosophy, Testosterone Rex disproves this ingrained myth and calls for a more equal society based on both sexes’ full human potential. 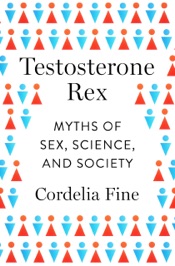